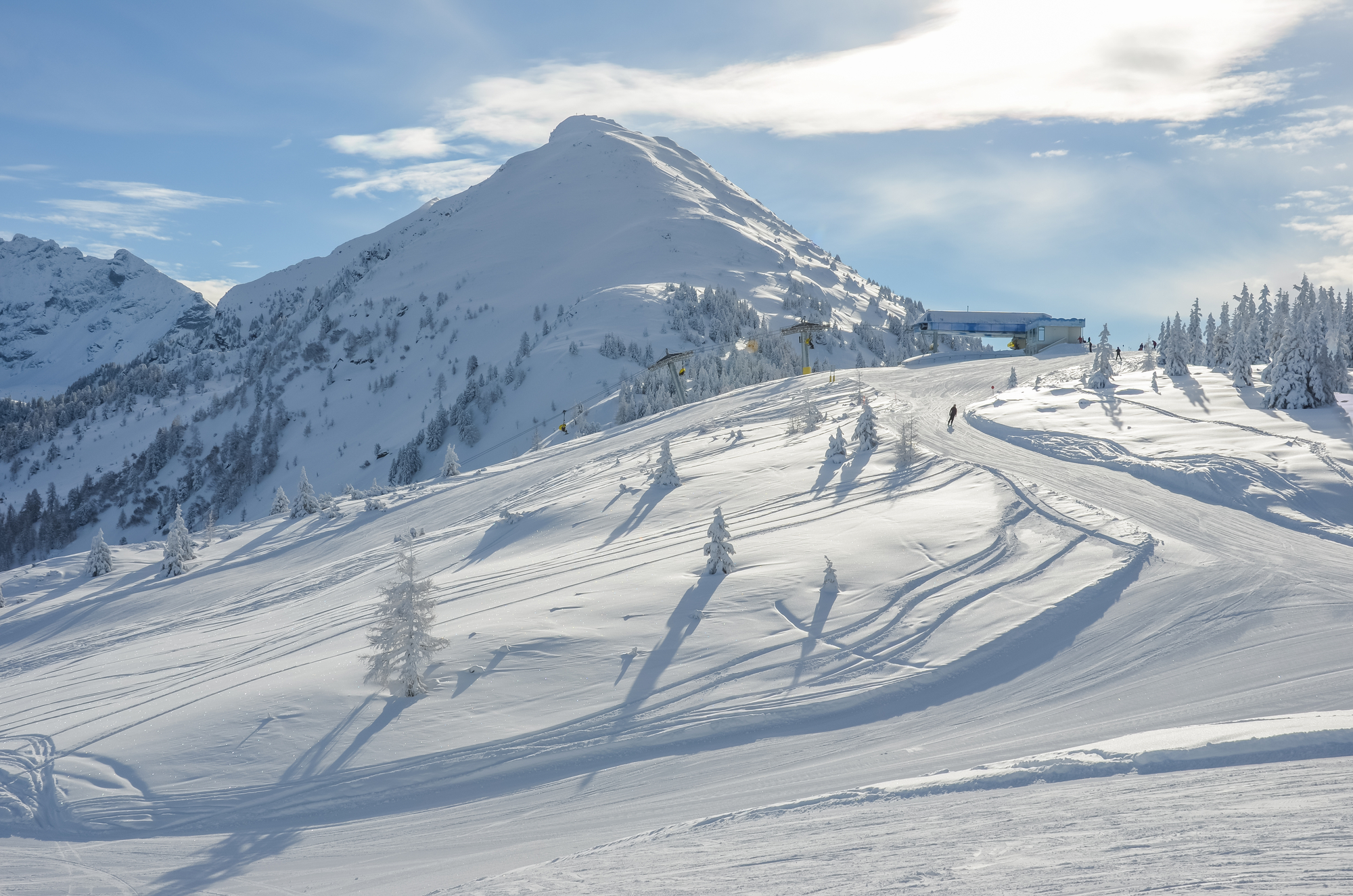 In the course of life most of us will encounter varying seasons and types of terrains similar to those found in nature: mountains, valleys, refreshing streams, wildernesses, and deserts to name a few. From the lifeless Valley of the Dry Bones to the smoking and quaking Mount Horeb, the Bible is filled with scenic places and stories of wanderers we can relate to.

According to Merriam-Webster dictionary, a wilderness is a tract or region uncultivated, uninhabited and undisturbed by human activity. We often encounter a wilderness at a time for spiritual renewal. Sometimes it interrupts excessive busyness and forces us to refocus. In other situations, a wilderness may be a hiding place from physical or emotional stress, or a place of testing or preparing for promotion. Living through a “wilderness” season is not always easy, but each season serves a purpose and eventually comes to an end. (Read: Year 2021)

Moses: Twice commissioned to the wilderness.

Moses’ self-imposed exile from Egypt, after he intervened in a fight and killed an Egyptian, began at the age of 40 and lasted for 40 years. He made a new life for himself as a shepherd, and forgot about his former glories.

When God commissioned Moses to return Egypt to lead Israel out of slavery, he was not exactly thrilled at the prospect and made his feelings known: “I am not eloquent in speech…  Please send someone else.” (Exodus 4)  Moses did not realize how exceptionally qualified he was. Raised a prince (adopted by Pharaoh’s daughter), he understood the culture and spiritual terrain of Egypt and no other leader could better endure the 40 years of wilderness it would take to disentangle Israel’s heart from bondage.

The Scriptures tell us that Jesus often went alone to the mountains or deserted places (Luke 5:16, John 6:15, Matthew 14:13). He had many private encounters with the Father besides the one witnessed by his disciples on the Mount of Transfiguration (Matthew 17:1-9). Similarly, the Apostle Paul “did not immediately confer with flesh and blood” nor did he meet with any other apostle for three whole years after his extraordinary conversion. He was greatly used by God to grow the Gentile church (Galatians 1:15-19, 2:7 NKJV). Time with God always produces fruit.

The Wilderness: One hidden step away from promotion.

David, before he became king, was hunted by a jealous King Saul. He hid himself in wilderness caves and conducted himself wisely, drawing on his training as a shepherd and warrior to survive the rough terrain with its dangerous predators. Joseph, the favored son of Jacob, endured thirteen years of injustice as a slave and prisoner before his sudden promotion to the position of vice – president of Egypt! While in prison, he faithfully stewarded his gift of interpreting dreams and it unlocked doors for him.

I was driving through a large shady forest. The trees looked tall and stately as they competed for sunlight. A few scattered rays lanced the leafy canopies and dimly illuminated the underbrush.

Everything brightened as the road emerged from the woods and ascended a gentle gradient. Trees became sparse and grassy green slopes transitioned to patchy snow. I finally crested at a snowy mountain pass to enter a breathtakingly beautiful winter white wilderness framed by a vista of mountains and glaciers. In the brilliant sunshine and crisp mountain air, everything looked pristine and unspoiled. My ride was exhilarating as I navigated the undulating ridges, dips and bends.

The beautiful scenes replayed in my mind as I awakened. In dream language, a car represents one’s career or spiritual calling because it takes you places. The dream revealed I would experience a change in my competitive corporate life (trees in this dream symbolize leaders contending to achieve goals) and in my calling, specifically the way I am guided by revelation. An underbrush receives “filtered” light (revelation) through the canopies of towering trees. The new season would bring a spiritual renewal (elevated snowy terrain) fostering clearer, unfiltered spiritual revelation (full sunlight). Navigating the new terrain would be unpredictable (ridges, dips and bends), but stimulating. (Note: This dream began to be fulfilled 3-4 years later.)

Prophet Elijah’s showdown with the prophets of Baal at Mount Carmel was nothing short of spectacular. He publicly mocked the “four hundred and fifty prophets of Baal, and the four hundred prophets of Asherah, who eat at Jezebel’s table” before ordering their execution for Baal worship. Then a vengeful Queen Jezebel sent a “messenger” (possibly a spirit of fear) to threaten Elijah’s life. (1 Kings 18-19:2, NKJV)

The once fearless servant of God suffered a meltdown and ran as fast and as far as he could to the point of exhaustion. Fear caused him to doubt God’s ability to continue to hide and protect him as he thought he was the only servant of God left alive.  Elijah saw his miscalculation when God told him there were still seven thousand righteous ones safely hidden in Israel! (1Kings 19)

Jesus’ temptations in the wilderness are a fascinating illustration of spiritual warfare (Matthew chapter 4). He was led there by the Spirit for an encounter with the supreme leader of the kingdom of darkness. To up the ante, Jesus the Second Adam had fasted for forty days and was hungry. Satan found the first Adam easy enough to entice, but Jesus proved to be a challenge.

Simply stated, Satan failed. He still wonders if Jesus was really a man. How do we know this? The Antichrist spirit falsely claims that Jesus did not really defeat him as a flesh and blood man (1 John 4:2-3; 2 John 1:7).

Did Satan speak through Jesus’ thoughts or did he come in a hooded cloak or as a slithering serpent as depicted in movies? It makes no difference. Agents of darkness sometimes appear as dark-lit or disfigured people, or strange-looking creatures or insects in dreams. The higher ranking ones usually have wings or the ability to fly.

Now when the tempter came to Him, he said, “If You are the Son of God, command that these stones become bread.” But He answered and said, “It is written, ‘Man shall not live by bread alone, but by every word that proceeds from the mouth of God.’ (Matthew4: 3-4, NKJV).

Satan wanted Jesus to demonstrate His power as God, but Jesus defeated him as man, wielding only the Word of God. Jesus did only what He saw His Father doing. Not by might, nor by power, but by My Spirit says the Lord. (John 5:19, Zechariah 4:6) Like Jesus, we must restrain our natural strengths and abilities and defer to the leading of the Holy Spirit.

Take note that “If you are the Son of God” received no response from Jesus. He did not take the bait. The people may not have known who Jesus was, but the kingdom of darkness certainly did. Demons frequently cried out to Jesus: We know who You are...!

Jesus’ encounters with Satan teach us just how powerful and effective the Word of God is. The Word (the sword of the Spirit) is both an offensive and defensive weapon. The rest of our spiritual armor is protective. We put on our armor as we “put on Christ,” by following His example, dwelling in Him, and keeping His Word in us. (Galatians 3:27, Ephesians 6: 11-24)

How Satan “took” Jesus is not known. Since there is no mountain from which to view “all the kingdoms of the world and their glory,” the location was most likely a spiritual place. Satan’s government operates from the second heavens to influence much of what happens in kingdoms and nations on the earth (Ephesians 6:12, Colossians 1:13).

Then the devil left Him; and behold, angels came and began to minister to Him (Matthew 4:11).

Angels fight in the heavens on our behalf as we battle in prayer, and they minister to us when we need to be strengthened. Jesus received angelic ministry as did Elijah (after he fled Jezebel), and the Angel of the Lord was with Moses and the children of Israel in the wilderness. We receive the same support as children of God.

Friends, our God is God! His Words are Spirit and Life. Whether on the mountain or in a canyon or cave, He is with us in every terrain and season. He has promised to bring restoration to barren places and make them bloom and teem with life (Isaiah 35). As we embrace His Words we will conquer every enemy, even through our dreams. Amen!