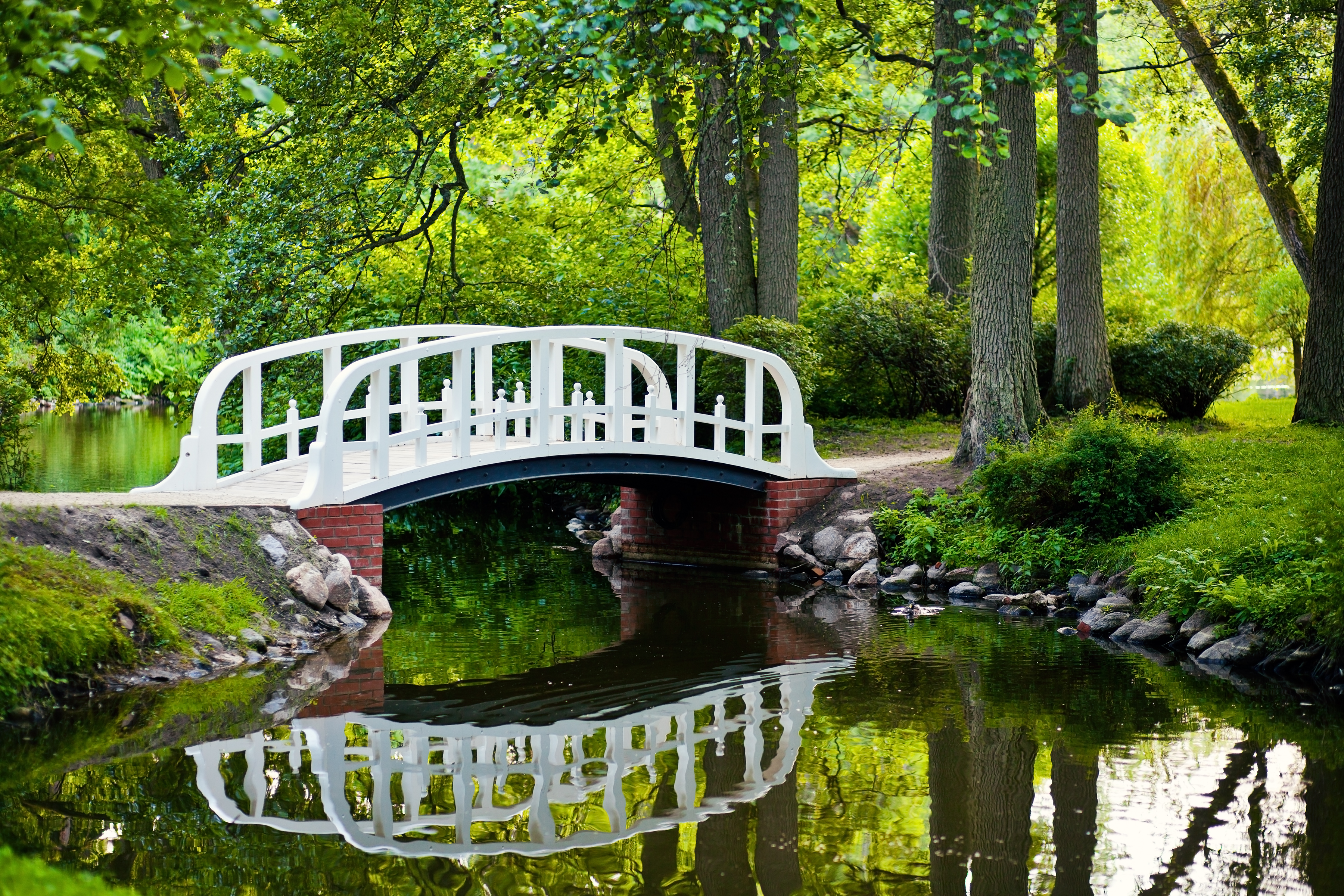 As I read through the Gospel of John over the weekend, my favorite New Testament book, I remembered a dream I saw on Friday morning. The dream seemed to focus on a small footbridge that spanned a canal. The unending canal ran adjacent and parallel to an unending road. The scenery was beautiful, a lot of vibrant greenery, lawns and shrubs. President Trump and his family were in a house across the road and there were some other people on the canal side. The Holy Spirit never fails to amaze in His ability to communicate through two seemingly unrelated activities: a dream and a random selection of Scripture. However, the “parallels” in my dream became clearer as I read the Gospel and revisited Israel in the time of Jesus.

The Pharisees were annoyed that Jesus had gained quite a following. They would have preferred that He disappear quietly into the night because all their efforts to entrap Jesus with trick questions or to discredit Him in the eyes of the people had failed.

The Pharisees interrogated the man who eyes Jesus had healed, but they doubted the man’s testimony. So, they questioned the man’s parents whether it was true that their son had been born blind. “Yes,” the parents confirmed, but carefully added, “we don’t know how it is that he can see or who opened his eyes. He is old enough, why don’t you ask him?” (John 9: 20-23, NKJV paraphrased).

His parents said these things because they feared the Jews, for the Jews had agreed already that if anyone confessed that He was Christ he would be put out of the synagogue. (John 9:22) Censorship and cancel culture?

The man gave glory to God and got himself kicked out of the synagogue. He was labeled as “false” by the Pharisees, but in today’s parallel, he may have been canceled by social media.

After Jesus raised Lazarus from the dead, news of the astonishing miracle witnessed by many reached even foreigners (the Greeks chapter 12:20), but the religious Jewish leaders’ hatred towards Jesus only grew stronger. Yet, not all of them hated Jesus.

Nevertheless even among the rulers many believed in Him, but because of the Pharisees they did not confess Him, lest they should be put out of the synagogue; for they loved the praise of men more than the praise of God. (John 12:42-43)

Beyond censorship, cancel culture, and betrayal among friends (Jesus was betrayed by his disciple Judas Iscariot in exchange for money), there was also a perceived hiddenness that garnered unanswered questions.

What was God saying and doing? Wasn’t Messiah supposed to deliver Israel from Roman oppression? Was He truly the Messiah?

The Mystery of Hiddenness

Jesus explained: Most assuredly, I say to you, unless a grain of wheat falls into the ground and dies, it remains alone; but if it dies, it produces much grain. (John 12:24, NKJV)

Not only was Jesus foretelling His death, He was explaining that fruitfulness in God’s Kingdom would not come through the fame, recognition or the reality show that the Pharisees sought. Fruitfulness would come only through hiddenness – denying oneself, pleasing God rather than men, losing one’s life and reputation to gain it, and picking up our cross and following Him.

When Jesus requested, ”Father, glorify Your name,” a Voice came from heaven, saying, “I have both glorified it and will glorify it again.” (John 12:28). Some nearby only heard thunder. Others said an angel had spoken! The Voice of the Father was hidden from them.

This inability to understand God’s glory was seen and prophesied by Isaiah, about 700 years earlier, when he saw His [Jesus’] glory and spoke of Him (John 12: 41). The people witnessed signs and miracles but they could not understand the glory.

At the famous Last Supper, after Judas departed to conspire against Lord, Jesus said, “Now the Son of Man is glorified, and God is glorified in Him. (John 13:31) Perhaps quite an odd thing to say when faced with betrayal, torture, and the cross. Again, the meaning of this kind of glory is hidden from our natural minds.

When Jesus was glorified, He became the sacrificial Lamb of God and surrendered His life through total love. The glory “hid” His lordship and the Disciples immediately abandoned Him. Suddenly, they forgot that He was the same One who had calmed the storm, walked on water, opened blind eyes and raised Lazarus from the dead.

And they were not the only ones struck with amnesia. The people who had waved palm branches and paraded Jesus through the streets of Jerusalem suddenly turned against Jesus and cried out crucify Him! Had cancel culture triumphed? Not so fast, read on.

Though Jesus had done many miracles they (the people) still did not believe in Him (12:37), not unlike Ancient Israel’s response to God’s tremendous miracles in Egypt and in the wilderness. Signs and miracles will captivate people’s attention, but they will not transform the human heart.

So if the glory is hidden, and miracles and signs do not transform hearts, how will the earth see God’s glory during the great revival that is coming to usher in a harvest of souls for the Kingdom?

The prophet Habakkuk prophesied, For the earth will be filled with the knowledge of the glory of the Lord (Habakkuk 2:1).

Jesus knew that there was something that the world would not be able to resist after signs and miracles have ceased. So, in those final moments in the Upper Room, He said to His Disciples – A new commandment I give to you, that you love one another; as I have loved you, that you also love one another (John 13:34). Why? The glory is made manifest through love!

“Father, I desire that they also whom You gave Me may be with Me where I am, that they may behold My glory which You have given Me; for You loved Me before the foundation of the world. (John 17:24, emphasis mine)

The Glory of Love

Love is the only thing the world cannot deny when they see it. Not the human kind of love which does not empower us to like, much less love, our enemies or those who spitefully abuse us or those who offend us. The kind of love Jesus spoke about comes only through the in dwelling power of Holy Spirit to a life (a seed) willingly surrendered (put into the ground alone). God’s Love is the true fruit (the evidence) that grows from the glory. It bridges every divide. It cannot be censored, and it will never be cancelled. It never fails!

Kings in the Kingdom of Heaven seek to understand the Love of God in Christ Jesus. The world will see (have knowledge) of the glory of God when they witness and encounter the glory of His Love!

What is His Love like? It is strong, consuming like fire, and unrelenting (as expressed in Song of Solomon), and patient, kind, selfless and truthful (as described in 1 Corinthians 13). When you encounter it, you become afraid to do anything to lose it (the Fear of the Lord) because it is irreplaceable. Every one who earnestly seeks the Lord will encounter it.

Since parallel lines never meet, what has been, will be again. But towards the end of my dream, one by one, people “found” that little Love Bridge and started to walk it. May each of us find it. Amen!