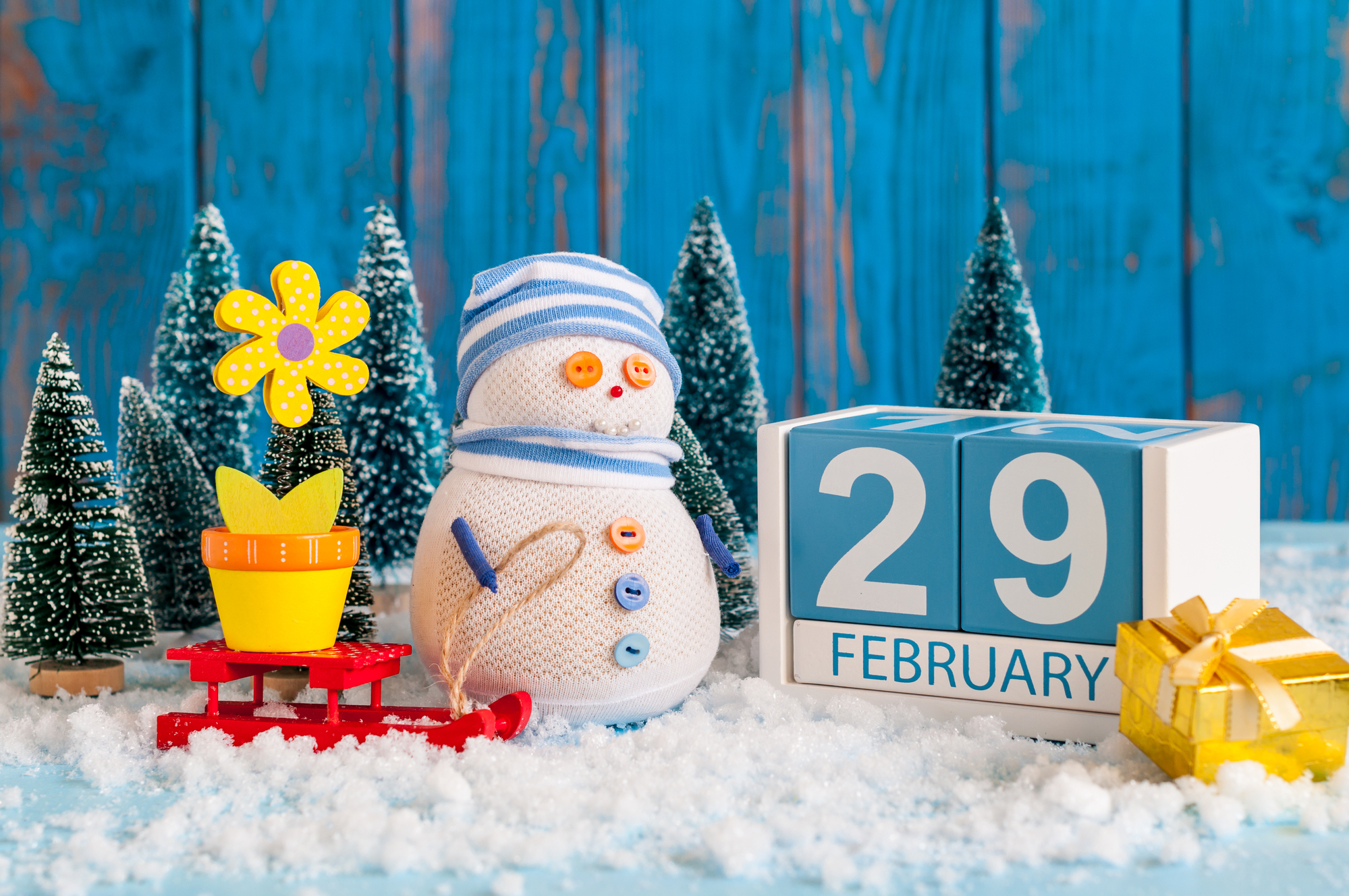 Each Leap Day I find myself doing a quick mental calculation of the number of “days” I have lived in Florida, (it will be 8 as of this weekend) since February 29 comes only once every four years. (Sort of like mentally calculating dog years).

If you were born on February 29, it’s probably inconvenient to have to wait to celebrate your true birthdate every 4 years. Just imagine living in Sweden in 1753, going to bed on February 17 and waking up to March 1. That’s right, eleven days older! Sweden’s final attempt to migrate from the Julian calendar to the Gregorian calendar, that year required them to close a time gap. According to timeanddate.com Sweden had a February 30 in the year 1712 because an earlier attempt to convert to the Gregorian calendar had failed and two leap days had to be added to their out of sync Julian calendar! (I wonder, what happened to all those February 30 birthdays?)

Many historical calendars were based on lunar (moon or months) cycles, with variations in the number of  months and the number of days in each month. Leap Day was a product of the Julian calendar (named after Julius Cesar in 45 BC) to “fix” the problem of losing too many days from the solar cycle and falling out of sync with the seasons, but it was still “off” by a few minutes. Then, introduced by Pope Gregory in the 16th century, the Gregorian calendar is more accurate but not 100% perfect. These days, much of the world, except for a handful of Asian or Middle Eastern countries, have adopted the use of the Gregorian calendar.

One interesting piece of trivia associated with February 29 concerns explorer Christopher Columbus and his crew. Their food supply had been mercilessly cut off by disgruntled Jamaican natives who got tired of serving them. A crafty Columbus used an almanac to predict a lunar eclipse the night of February 29, 1504 and scared the Indians into thinking God was angry with them. It worked. The food was promptly restored!

When God releases His Word by His own mouth or through one of His servants, unexpected things can happen in the celestial space.  For example, Joshua commanded the sun and moon to stand still (Joshua 10:10-15) so he could win a battle. Then hundreds of years later, when King Hezekiah needed to be assured that he would be healed from a deadly disease, he asked God to make the sun (shadow) reverse 10 steps and it did (2 Kings 20: 1-11). Jesus commanded a storm to be at peace and immediately the weather calmed (Mark 4: 36-41). Yes, God holds all things together by the Word of his supernatural Power (Hebrews1:3).

To celebrate all things supernatural, we are counting down the clock to Leap Day with a deep discount on Parables, Dreams & Encounters. If you’ve read it, why not share it with someone else?