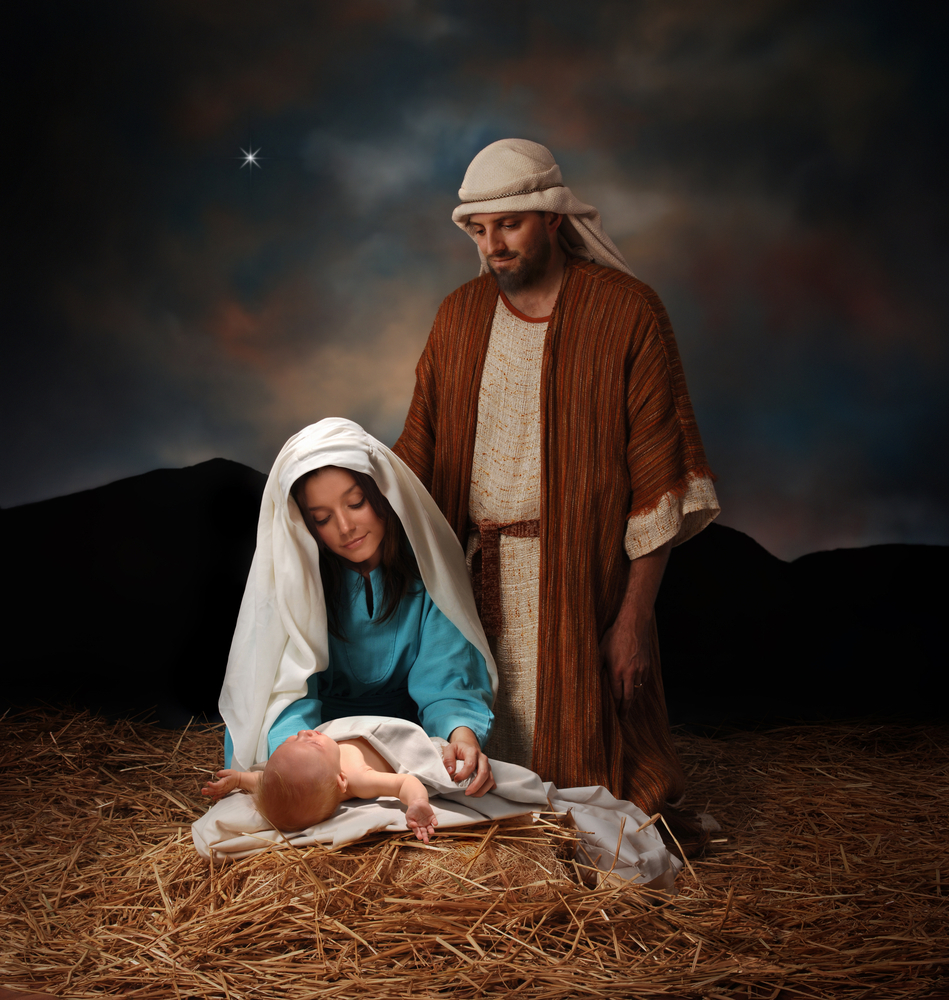 I asked the Lord, “What would you like for your Birthday?” Ultimately, Christmas is His gift to all the earth.

In the moments that passed, I thought about things that please Him: The gospel is preached and souls are saved. We willingly obey His commandments to love God with all our hearts and to love our neighbors as ourselves. We fight the good fight of faith against doubt, and wholly believe Him.

“Make room for Me.” His quiet response made me pause.

It was not what I expected to hear, but He is so honest, and we are often… presumptuous?

Mankind had been eagerly anticipating the arrival of Messiah for hundreds of years and when He arrived, they neither recognized nor made room for Him at the inn!

His words still provoke thought. How much do we allow Him to participate in the wonderful ways we serve Him? Is He allowed to voice His wishes when we gather in His Name? Is there room for His priorities in our bless me, give me, fix me, bless them, fix them prayers?

Through Scripture, His still small voice, insightful conversations and dreams, there are many ways He finds room in our lives. Sometimes, He uses signs… and they are not always celestial.

Following is an excerpt from the Introduction of Parables, Dreams & Encounters1 discussing some “signs” observed during the First Christmas (the Nativity):

What began as any ordinary night long ago easily became one of the most frightening for a group of shepherds watching their flock. They should have fainted when an angel clothed in light appeared right in front of them, but there is no such account. The celestial visitor cheerfully announced that a Savior was born that day in the City of David!

He added, “And this will be the sign to you: You will find a babe wrapped in swaddling cloths, lying in a manger” (Luke 2:12).

The vision grew even more spectacular: “Suddenly, there was with the angel a multitude of the heavenly host praising God and saying: ‘Glory to God in the highest, and on earth peace, goodwill toward men!’” (Luke 2:13-15).

When the angels went away up into the heavens, the curious shepherds hastened to Bethlehem. No random, insignificant event would cause shepherds to walk off their jobs (leaving their valuable sheep alone). They were driven by curiosity to see, for themselves, this baby “lying in a manger.”

Over in Bethlehem, Mary’s baby was born with perfect timing. She had believed the prophetic word given to her by Gabriel, the angel. God had chosen her. From a virgin and “low estate…handmaiden” to the mother of the Son of God and future King of her people (Luke 1:48).

It was wonderful to be honored in this way, but her life was immediately endangered. She had not considered the penalty for an out-of-wedlock pregnancy: death by stoning!

Even her betrothed, Joseph, did not buy her story. But God intervened. He assured Joseph, through a dream, the baby was truly God’s doing.

Things still did not go as Mary expected. First, she and Joseph had to make an arduous journey of 80 miles (129 kilometers) from Nazareth to Bethlehem for a census. When they arrived in Bethlehem, exhausted and aching, there was nowhere to stay except a stable!

Mary trusted God and did not complain, but she had to wonder, How could the King and Savior of Israel have a manger for a crib?

Just then, some agitated shepherds arrived, delivering the most fascinating breaking eyewitness news anyone had heard in hundreds of years! They became overnight sensations (bona fide evangelists) as they excitedly shared their story with everyone.

When they mentioned the “sign” they sought was a baby “lying in a manger,” I can only imagine how Mary’s eyes widened and her face lit up and reassurance soundlessly flooded her being.

The stable was not an unforeseen inconvenience, after all; God was in full control! Luke 2:19 states, “But Mary kept all these things and pondered them in her heart.”

God places “signs” to let us know that He cares about the things that concern us, if we take notice!

After Jesus was born, the family made the six-mile (9.6-kilometer) journey to Jerusalem twice. First for Jesus’ circumcision at eight days of age, and the second after Mary’s 40-day purification. According to the Law, “Every male who opens the womb shall be called holy to the Lord” (Luke 2:23).

As they gave their sacrificial offering (two turtledoves or two pigeons) to redeem their firstborn son, they were unaware of other unfolding events.

God told an elder named Simeon he would not die until he saw the Christ. Despite the heavy foot traffic at the Temple, by coincidence, Simeon arrived there at the very same time as Mary and Joseph. As soon as he laid eyes on the baby, he just knew “by the Spirit,” this was the Christ. Joseph and Mary “marveled” at the blessing Simeon spoke (v. 33).

Just a short time later, Anna, the prophetess also “found” baby Jesus. “She gave thanks to the Lord and spoke of Him to all those who looked for redemption in Jerusalem” (vs. 38).

God does not always tell us when to expect “signs.” He sends them periodically to remind us of His promises and to assure us we are in the right place at the right time! (end of excerpt) ©

This has certainly been an eventful year for many people. As a healthcare professional, I have encountered many families directly or indirectly affected by the coronavirus – loss of life, loss of livelihood, grief and sorrow, and I keep them in my prayers. On the other hand, there have been wonderful testimonies of thankfulness, perseverance and even unexpected blessings!

Whatever season you find yourself in (and seasons eventually change no matter how long they last), be assured that God has a firm hold on you and nothing escapes His watchful eyes. God is with you! Emmanuel. Hope comes when we recognize God’s supernatural signs and “coincidences” and know He is always in control.

This Christmas and beyond, let us purposefully make room for Him in our hearts and homes. Isn’t that what He is doing for us?

I pray that you enjoy and be exceedingly blessed this Christmas!