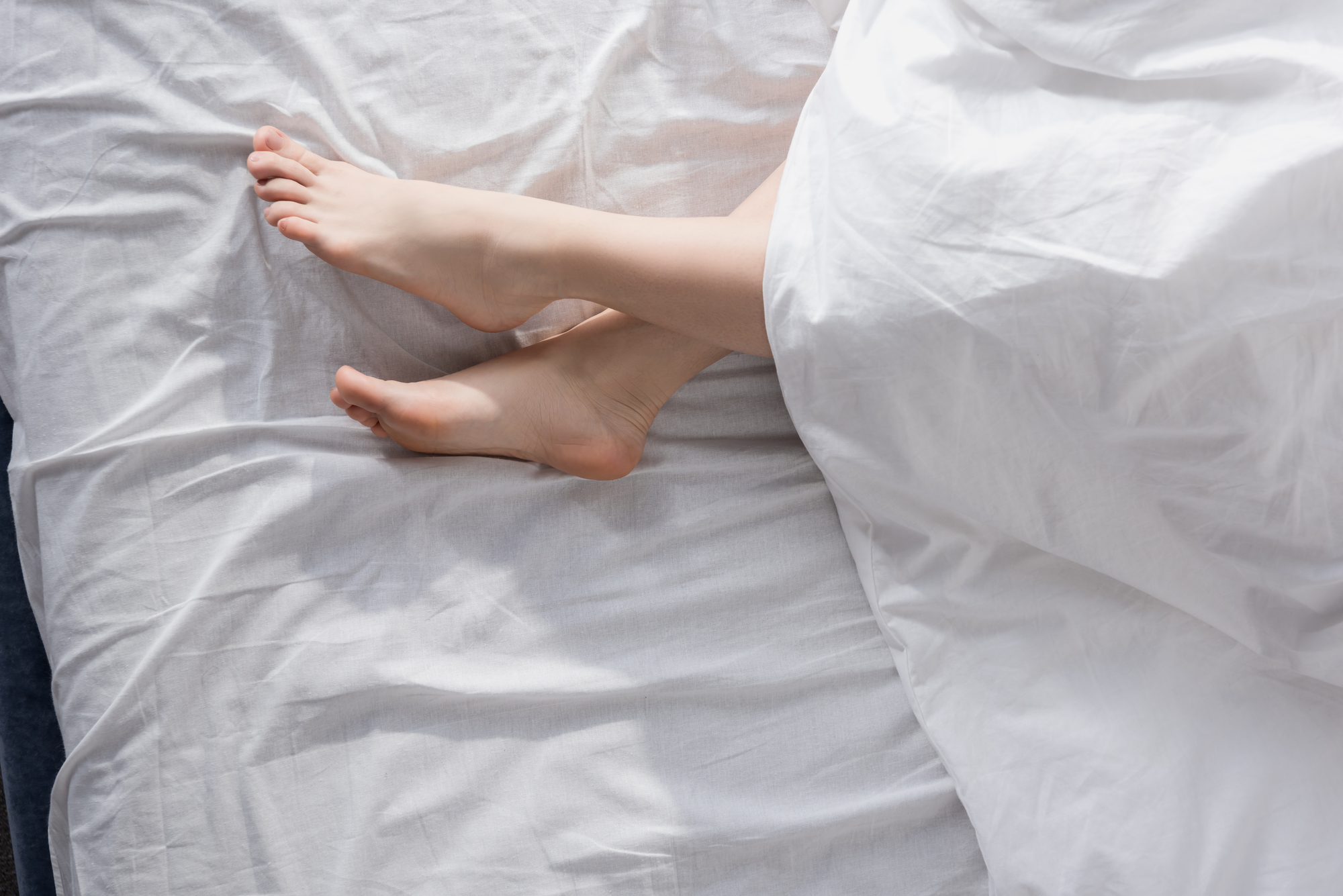 Springtime in South Florida is brief and lovely. In contrast, the rainy season can bring very high temperatures, ear-splitting thunderstorms and a risk of hurricanes. Last week, and right up to Pentecost Sunday, the weather was noticeably balmy and breezy for several days and nights, with gusts of 35 mph.

The sound of the wind through the trees made me think about Jesus’ conversation with Nicodemus:

“The wind blows where it wishes, and you hear the sound of it, but cannot tell where it comes from and where it goes. So is everyone who is born of the Spirit.” (John 3:8, NKJV)

One hundred and Twenty faithful souls waited in the Upper Room at the first Pentecost, fifty days after Jesus’ Resurrection. They heard the Holy Spirit first as a sound that came from Heaven as of a rushing mighty wind. Then He manifested as divided tongues of Fire over each disciple as He gloriously baptized them.

The Spirit of Jesus continues to baptize those whose sins have been remitted by His Blood and who seek Him (His Presence), not necessarily those who seek something from Him (His Power). He is fiercely watchful over the body of Christ as He holds all members accountable.

Before going to bed one night last week, I asked the Lord to please show me anything I may have overlooked. He heard and answered me that night.

Scene 1 (Daytime, in color) I was one of three women Intercessors sitting in a living room adjacent to a bedroom. A man (a stranger) entered the house unexpectedly and walked past us to the bedroom. He killed the young woman who was in bed. From the living room we could see her feet sticking out from under bright white bed linen. She had beautiful feet and there were faint traces of blood on them.

Scene 2 (Daytime, in color) The man called us into the bedroom and tried to get us to help him dump the body. He was already making plans for a day trip, as if nothing had happened. I never saw the young lady’s face in the dream, only her feet. The incident left me quite disturbed, and I did not touch anything.

Scene 3 (Nighttime, in color) I was alone in my house sitting and still thinking about the earlier events, and I had a cold. The same man came to the backdoor, but found it locked. I did not let him in. I did not trust him and considered calling the police so they could arrest him.

Scene 4 (Nighttime, in color) Government officials had found the deceased young lady and made everyone who lived in the vicinity line up to get their hands tested. I was concerned that her blood would be found on our hands, though we (Intercessors) had not touched the young woman. I “overheard” the officials secretly making sinister plans to use the event to cover up a scheme. One said, Yeah, Massachusetts is coming down.

This is a spiritual dream with an important message. For the sake of brevity, I will not be able to interpret every symbol here.

Feet that bring the gospel of Peace are described as beautiful [Isaiah 52:7, Romans 10:15], the bed represents intimacy with the Lord, and the brightness of the white bed linen symbolizes purity and righteousness. As explained in another post, light is an important symbol for interpreting dreams. Therefore, the young lady in bed symbolizes the Bride of Christ.

Unlike a vision, when someone dies in a dream, it rarely means a physical death unless you see a lot of blood (life is in the blood). Death in a dream often means something is coming to an end or is being wounded. (The Bride cannot die, though some Christians do lose their earthly lives).

Locked doors hinder intruders, and if you have knowledge of spiritual warfare, the term “open doors” will be familiar to you. Having open doors means being vulnerable to spiritual attacks.

Jesus said, in Luke 12:39, But know this, that if the master of the house had known what hour the thief would come, he would have watched and not allowed his house to be broken into.

The stranger entered through the front door during the daytime and passed by us, but when he tried to sneak in through my back door at night, he found it locked.  Even with limited discernment (having a cold lessens the ability to smell), I knew he was evil. Calling the police in this context means releasing spiritual warfare prayers (angels do battle on our behalf).

As the ambient lighting shifted from day to nighttime, I discerned hidden things: the character of the stranger and the officials who were secretly conspiring, though they pretended to be concerned about the Bride.

I sense the Holy Spirit communicating that some of us are unaware of the persecution against His Body. We are watchful over our own houses (lives, ministries) even with limited discernment, but we do not do well when it comes to watching and praying for His persecuted Body. (His Body includes Israel) (Ephesians 2:11-18).

This may sound harsh, but for Intercessors, blood on our hands means that we failed to keep watch. God states in Ezekiel 33:6

But if the watchman sees the sword coming and does not blow the trumpet, and the people are not warned, and the sword comes and takes any person from among them, he is taken away in his iniquity; but his blood I will require at the watchman’s hand.’

While the Body is being persecuted, politicians and government officials will take advantage of every opportunity to advance their own agendas. (I do not know yet why Massachusetts was mentioned.)

The Bold and the Beautiful

Not long after the tongues “like fire” appeared, the Disciples became bold witnesses for Lord Jesus Christ, the Son of God, and persecution followed. (Just two chapters after the Holy Spirit arrived in Acts 2, the arrests began in Acts 4.) We should not be surprised by opposition from the kingdom of darkness as God reawakens His people.

The dream also echoes two recent stories involving Christian persecution that almost went unnoticed, and both demonstrate a boldness in the Spirit: a church’s legal battle in California, and a pastor’s struggle in Canada and there are others.

Have you ever bumped your toe on a piece of furniture? Oh the pain! But have you noticed how the body reacts, as if on autopilot? The opposite foot immediately shifts weight from the injured foot. Our eyes scan for other obstacles as we limp to find a seat. Hands cradle and protect the entire foot from further injury, eyes inspect and assess the injury, ears tune out everything else to listen to the groans and gasps from our lips. Yes, the whole body responds to that precious toe.

In the same way, Christ is our Head, and the Holy Spirit (our brain) coordinates the roles that we perform for the well being of the rest of the Body. Some of us are helpful hands, some are seer eyes and ears, some prophesy and speak with boldness, others bring understanding, and those who are noses sniff out deception a mile away. Joints connect other parts to one another. Some members adorn with grace and beauty (not the cosmetic kind), some make us chuckle, and still others are gifted to finance the work of the Kingdom on earth. The body of Christ functions a lot like our natural bodies when we have the same (Holy) Spirit.

It displeases the Father when “Christians” use their anointed lips to join with the accuser against other Christians. Assailing our fellow members is like using our index finger to poke our own eye! The Father has appointed one Head (Lord Jesus) and one body of Christ. It matters not whether an injury affects Christians in our town, in another State or in another continent on the other side of the world.

If you have ever read the Gospels with a Bible map open, you will notice that Jesus walked through many different parts of Israel during His ministry.

Feet that bring the Gospel of Peace may never bear the title of apostle or evangelist, and they may never venture further than down the street to share the Good News with a neighbor, nevertheless, they are especially beautiful to the Lord. They are His Feet, and He walks through this earth as His Bride.

Let us faithfully watch and pray for members of His Body, wherever they may be, but especially for His Beautiful Feet. Amen!