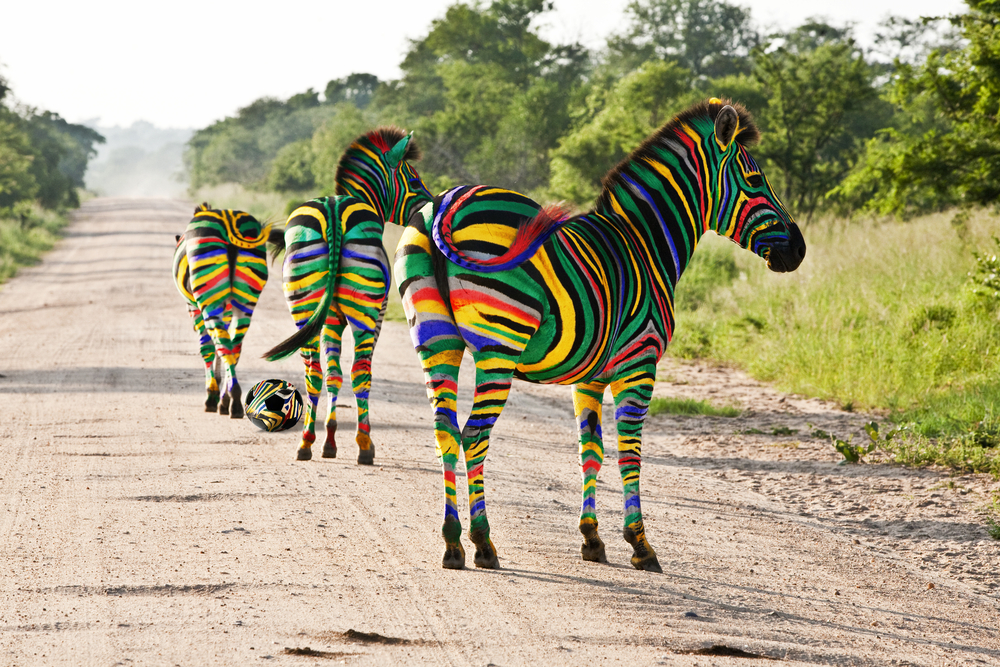 When God does not do things the way we expect, it is natural for us to ask why. We may be silent, but He reads our thoughts and He always responds.

In Matthew chapter 9, Jesus was confronted because He did things differently. The scribes accused Him of blasphemy. Then the Pharisees became quite offended because Jesus ate with “sinners”, a practice which their customs did not allow.

“Why is your Master eating with publicans and sinners?” they asked Jesus’ Disciples. Jesus responded to all their questions even though they were at odds with Him. Next came the followers of John (the Baptist):

This was quite an unusual answer to a straightforward question – a bridegroom, sewing, and wine skins all seem unrelated to fasting. But, parabolic language is not meant to be easily understood. I sense Jesus was saying:

“Wherever I am at work, I do all things new! Expect the unexpected and celebrate Me. Don’t be surprised if when I (the bridegroom) have departed, you see these who follow me now return to their old customs and old way of thinking.

Trying to fit my Ways into your old designs works no better than sewing a patch of new fabric to mend an old garment. What initially looks constructive, soon unravels.

My anointing (New Wine), cannot be contained by traditions (old wine skins), or expectations. If you try this, my anointing will be wasted (New Wine spilled) and you will only create confusion or disappointment within yourselves (old wine skins will be ruined). To benefit from my anointing, leave behind what makes sense or what you are accustomed to and fully embrace my Joy (put my New Wine into new wine skins).”

Our human nature feels more comfortable with the familiar over anything new. The religious resume their pious acts, while the bored or disenchanted turn back to their previous activities. After the Resurrection, the Disciples knew that Jesus was alive. But since “the bridegroom was taken away from them” they decided to go back to fishing, their custom before they met Jesus (John 21:3).

Dreaming of an old love, someone you felt comfortable with in the past (even though you may not have thought about the person for several years), or dreaming of your old childhood home, could mean you are desiring to go back to something from your past or something unresolved. That “something” may be as insidious as an old way of thinking (harboring doubt or unbelief), or resuming an old habit, addiction, or behavior.

God shatters our mold of expectation every time He does the unexpected. Consider this example of the unusual way God answered Deborah’s prayers (Judges 4-5).

On the one hand, Deborah the prophetess and mother of children, was accompanied by Barak, the reluctant leader of Israel’s foot soldiers. On the other, there was Sisera, the seasoned war general from Canaan. His mighty armored battalion seemed to hold the clear advantage to win the battle. At least, that’s what Sisera assumed.

God made it rain buckets. An invincible enemy was tamed. Neither horse nor chariot wheel could run through the mud. The sharpshooters (the archers) missed their targets in the deluge as the torrent swept them away. Then God used another woman named Jael, from the family of Moses’ father-in-law, to execute an exhausted Sisera while he rested in her tent. She did not even have a sword, just a common household item – a tent peg.

God alone had the wisdom and foresight to know that a good gully washer of a rainstorm would balance out the scales and allow Israel’s swordsmen to defeat an armored battalion.

They fought from the heavens; The stars from their courses fought against Sisera, and the angel of the Lord was a part of the action (Judges 5:20-23). The Kingdom of Light fought against the darkness that had empowered Sisera to prevail against other nations in his previous battles.

Scriptures reveal that God responds in thunders and lightning against the enemy when His children cry out to Him for help. There are other links between spiritual warfare and bad weather. For example, Job experienced tragic weather as a direct result of Satan’s (angelic) interference (Job 1:12, 16, 18-19).

When Jesus said to his Disciples, “Let’s go to the other side of the lake” to the Gerasenes, a storm arose to try to stop them – most likely the principalities and powers that ruled over that region. Jesus was on His way to deliver a man (a future evangelist) from the legion of demons that kept him captive (Luke 8:23-29). Later, the Apostle Paul, en route to Rome, was shipwrecked by a violent storm and after several days, an angel appeared to him to assure him he would survive and stand before Caesar (Acts 27:14-24).

Prophetic Dream: A Battle in the Heavens

This dream, seen a few years ago, illustrates that there is often more going on than we can see.

Dream Interpretation: The ripped out wing was a clue that the angelic battle in progress was related to the forecast. I do not know much about meteorology but a V-shaped jet stream so far south would cause really bad weather as cool air collides with warm tropical air.

Take notice of what the prophetess Deborah said to Barak.  She said that God would use a woman to defeat Sisera (Judges 4:9). Deborah did not explain how it would happen and God fulfilled His Word.  It would have been easy to presume that the woman God meant was the only one who was going to the battle (Deborah), but God used a completely different woman who was no where near the battle field. Further, the Word was fulfilled after Sisera had left the battlefield, not during the battle as one would expect. God’s timelines are often different from ours, because His Way of doing things are higher than the heavens are above the earth. And this is the answer to the next question.

So, did all the prophets get it wrong?

No. The Prophet Habakkuk complained that God was not doing enough to curb the evil in the land, but wisely said (my own paraphrase)- I know I’ve said too much. I am going to hush now and let God respond. He is always right, and He will probably correct me again. Then when Habakkuk “saw” God’s response, His majesty and how much He despised the wickedness, the prophet was astonished. He trembled and prayed for mercy! (Chapters 1-3).

Prophets sometimes speak under the unction of Holy Spirit with little forethought as to what they will say from sentence to sentence and what they speak may be a parable. Seers receive revelation a little differently. They “see” (as John Paul Jackson used to describe) the co-existing spiritual realm (other dimensions) and the activities of angels and demons through dreams, visions and encounters. Many prophets are seers and vice versa. However, since there is no time in the spiritual realm, the timeline when a revelation will be fulfilled usually remains a gray area.

Zebras, in parabolic language, are associated with discernment – black and white (not gray). We can receive a 100% accurate word from the Lord, but be wrong in interpreting God’s strategy and timing, in the same way we might easily have misinterpreted Deborah’s word. God intentionally makes it that way (like coloring the zebras) to keep us dependent on Him.

It’s the glory of God to conceal a matter, but the glory of kings is to seek a matter out. Meaning, it is “kingly” (a true honor) to seek God for answers (Proverbs 25:2).

God Is Pleased When We Seek Him

Since there is glory in His Presence while seeking for a word from Him, let us not be too quick to stone His prophets as they did in ancient Israel. Many prophets truly wait to hear from God, though others may still be growing in their gifts. At the same time, let us not go back to doubt and unbelief by throwing away God’s awesome Promises simply because we are not sure how or when He will fulfill His Word; especially Words that have already been confirmed through the mouths of more than two or three witnesses!

Why God Speaks in Parables

God purposely speaks in riddles and parables to hide revelation in plain sight. He does not divulge the future because He wants to protect us from our invisible enemies as well as from ourselves and our unbelieving hearts. Though Satan and his principalities have a long history of hindering the prayers of the saints to discredit God and to test our faith, God remains unmatched as a strategist (1 Thessalonians 2:18, Daniel 10:12-13).

Friends, we can be encouraged to know that God keeps His Word and responds in unexpected ways. Since our prayers directly influence what goes on in the heavens, and what manifests on earth, we should never quit praying nor return to old ways. Doing that displeases God. Let’s continue leaning in, trusting and believing God above our limited understanding (Proverbs 3:5-6) and do so with expectancy; especially when things do not go as anticipated. He is righteous, just, and always fulfills His Word. Amen!