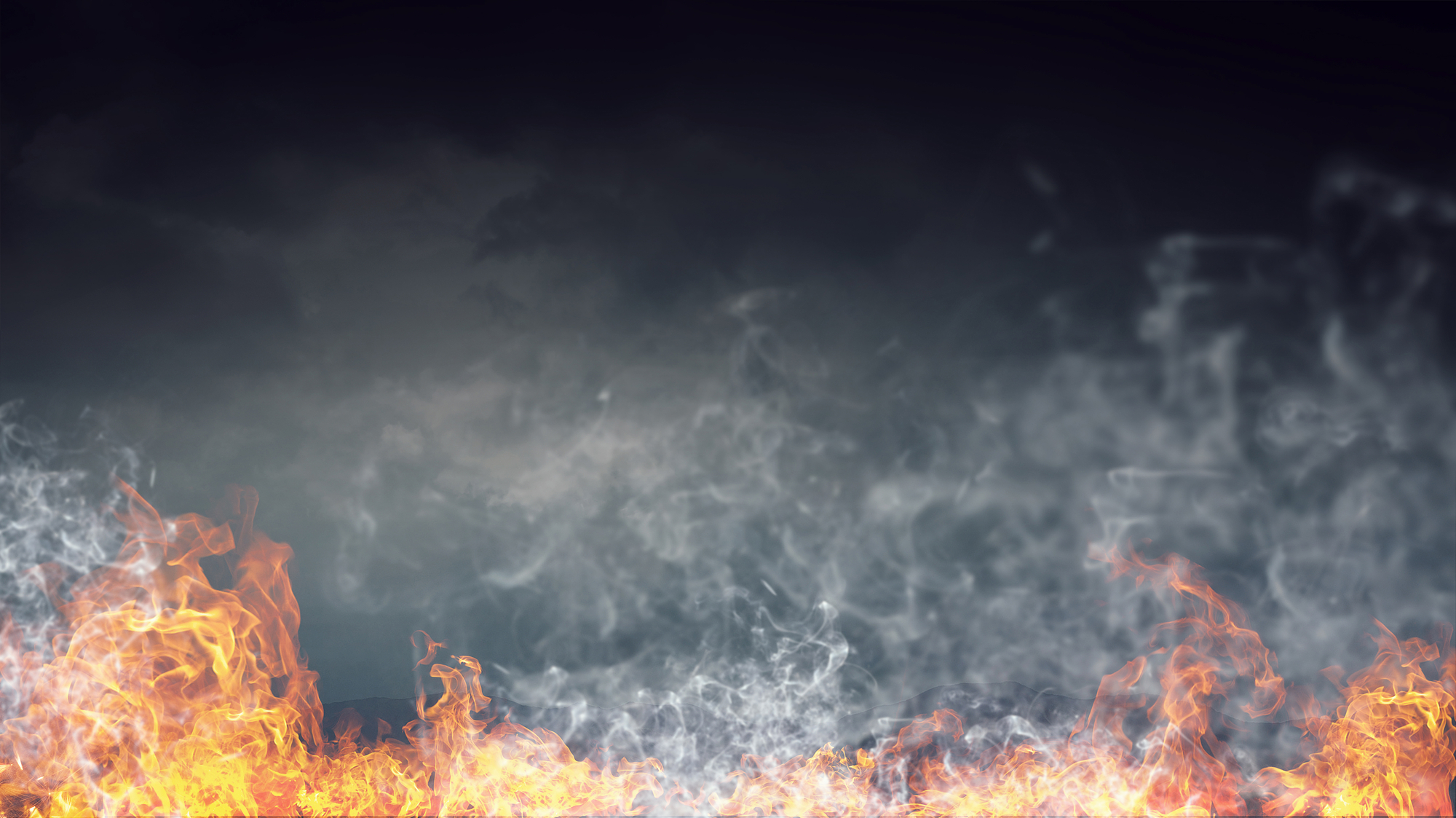 Just as we can learn about someone from social media postings before ever hearing his or her direct voice, we can also gain knowledge of God by studying the Bible, receiving revelations or prophetic words, and through dreams and visions.

The Word of the Lord comes to us in various ways, but What does His Voice sound like? Well, the answer may depend more on the listener than the Speaker.

After more than four hundred years in Egypt, Israel did not know God’s Voice. The newly freed nation consecrated themselves for three days, as instructed, to prepare to meet God. Perhaps they expected God to be like Moses, advanced in age and crochety, but tolerant to their complaints. Their anticipation soon turned into trembling.

God had descended on Mount Sinai in fire. The mountain was covered in thick smoke and the earth shook violently. Then a deafening trumpet summoned the petrified people to gather at the foot of the mountain. When God spoke The Ten Commandments, the people heard God’s Voice like thunder, lightning, and a trumpet blast, and they “stood afar off” in fear for their lives! Once was enough. Israel was not eager to hear directly from God again, so they pleaded with Moses to listen to God for them (Exodus 19 and 20).

Moses was very familiar with God’s Voice, since he first heard it from the fiery bush that did not burn (Acts 7:31), and this was not God’s usual way of speaking. God explained that He wanted to leave a lasting impression, so in the future, the people would not challenge Moses’ authority to speak on behalf of God.

And the Lord said to Moses, “Behold, I come to you in the thick cloud, that the people may hear when I speak with you, and believe you forever.” (Exodus 19:9a, NKJV).

Hundreds of years later, God’s thunder was heard again when Jesus conversed with His Father before an audience. He wanted to help them to believe that He was the Son of God. However, when the Father responded, His speech was indiscernible to many. (John, the author of the Gospel, must have understood God’s Voice because he recorded the incident).

John 12:28- 30, [Jesus said] “Father, glorify Your name.” Then a voice came from heaven, saying, “I have both glorified it and will glorify it again.” Therefore the people who stood by and heard it said that it had thundered. Others said, “An angel has spoken to Him.” Jesus answered and said, “This voice did not come because of Me, but for your sake. (NKJV)

Psalm 18, a psalm of David, gives insight into how God responds to His enemies (our enemies) when we cry out for His help. God speaks with a loud Voice to His enemies. He utters His voice with thick clouds, with earthquakes, thunder, coals of fire, and hailstones, and He “scatters the foe” with His lightnings. Undoubtedly, when Satan and the fallen angels hear God’s Voice uttered through the Fire of the Holy Spirit, it is by no means quiet and calming!

God’s Voice also manifested to Prophet Elijah. The fascinating account can be found in 1 Kings 18 and 19. It was after his stunning victory over Queen Jezebel’s prophets, (demonstrating that “the God who answers by fire” is the true God), that Elijah saw a terrifying vision from a “messenger” sent by the evil Queen. (It had to be a spirit messenger because Obadiah had complained in Chapter 18:7-14 that no one in Israel ever knew where to find Elijah!). Nevertheless, Jezebel swore she would avenge her prophets’ death with Elijah’s. So, a fearful and troubled Elijah ran for his life. Helped along the way by one of God’s angels, Elijah completed the final forty day and night journey to Mount Horeb (Mount Sinai), and took refuge in a cave.

At first, the Word of the Lord came to him in a question, “What are you doing here Elijah?” Elijah knew God’s Voice and did not discern it in the ensuing windstorm, earthquake or fire. But, when the still small Voice of God’s presence came, Elijah covered his face and emerged from the cave. Interestingly, God’s Voice asked Elijah the very same question he had received by a “Word”.

Suddenly a voice came to him, and said, “What are you doing here, Elijah?” (19: 9-13, NKJV). God then gave Elijah the 3-step strategy to eliminate Jezebel and her Baal witchcraft.

These examples help to confirm some important things:
(1) God‘s Word communicates the same message as God’s still small Voice.
(2) God’s Voice thunders to cause men to fear (be in awe of) Him and to believe in Him.
(3) God’s audible Voice is often unintelligible to those who do not know Him.
(4) God is able to “hide” His followers from agents of evil [God had hidden seven thousand righteous people from the Baal worshippers] (Chapter 19: 18).
(5) God is never caught by surprise. He always has a plan to demonstrate His superiority over the kingdom of darkness!

Psalms 29:7 says The voice of the Lord divides the flames of fire. Fifty days after Jesus’ resurrection (at Pentecost), the Holy Spirit came to the Disciples in the Upper Room. They heard a sound, like the sound of a windstorm, which filled the whole house.

Then there appeared to them divided tongues, as of fire, and one sat upon each of them. And they were all filled with the Holy Spirit and began to speak with other tongues, as the Spirit gave them utterance (Acts 2:3-4, NKJV).

When the Disciples received tongues “like fire” from the Holy Spirit, they became bold witnesses, testifying of Lord Jesus Christ, the Son of God. They spontaneously uttered in languages of men or angels (1 Cor 13:1), as the fiery looking images “divided” or “distributed” (diamerizo’ – Strong’s Greek Concordance, 1266). This dividing of the fire possibly symbolizes the tongues were sourced from one Holy Spirit.

So, who exactly can hear God’s Voice? Jesus said, My sheep (His followers) hear My voice, and I know them, and they follow Me (John 10:27, NKJV). Followers of Jesus are given the ability to hear God’s Voice with understanding and also to recognize when He is speaking directly to them through His Word. This understanding grows through intimacy with Him.

God’s audible Voice may be external, or a spontaneous internal thought, or a Word of wisdom or revelation. God never speaks idle Words. He speaks with intention and purpose. The audible message of God is typically short and specific, and always comes with an invitation for obedience. The more we obediently respond, the more we will hear.

Sometimes God’s Voice interrupts our sleep. And when this happens, the Voice usually sounds familiar, so as not to cause fear (such as when young Samuel thought it was Eli the priest’s voice that he heard calling his name, as recorded in 1 Sam 3:7-8).

Because the Blood of Jesus has sanctified men, this supernatural Holy Fire of the Spirit of God falls from Heaven on those who desire Him. No longer do men have to run to Mount Horeb to meet God. God comes to men (and women), dwells in men, and gives utterance.

The Bible tells us that God’s angels heed the Word of the Lord (Psalm 103:20). Therefore, at Pentecost and always, let us be aware that our “tongues of Fire” carry God’s authority to release His perfect instructions to the ministering angels (the Host) who are assigned to facilitate His Will for our lives. And, just as easily, these “tongues” dispatch “thunder” or “lightnings” for spiritual warfare against the kingdom of darkness and to advance the Kingdom of Heaven. This is why Jesus entreats us to use our tongues wisely… and to bless and not curse. Amen!